Encaustic is from the Greek word enkaustikos meaning 'to fuse' or 'to burn in'.

It is the oldest painting technique from the 4th century B.C. Greek shipbuilders who used this process to waterproof the undersides of their boats.  Pigment was later added to decorate the brightly painted war ships.

Animal or vegetable wax (I use beeswax) is melted with the resin of the Asian fir tree.  Oil paint is then added to the hot liquid and applied with brush to a wooden panel. The wax immediately hardens and must be fused with fire, or heat, for its permanency.  Its nature is to preserve and color.

In ancient Greece encaustic was also used in murals, architecture, and in highlighting features of the marble statues at the Acropolis. The most popular encaustics are from the Faiyum region in Egypt of the Greco-Roman influenced Egyptian mummy portraits from the 1st c. A. D.

Over 600 were excavated at the beginning of the 19th c. and are in the collection of the British Museum. An exact likeness of the deceased was attached to the mummy case. These have survived nearly 2000 years without cracking, fading, or flaking.

This technique has gained a resurgence in the 20th c. with the invention of electricity which provides heat control. Jasper Johns, in the 1950’s-1970’s made this a mainstream medium in the contemporary art world with his many 'flag' paintings.

If fused properly, encaustic is an archival medium.  It is more water impermeable than oil paint and is as tough. It has layering capabilities and light-absorbing depth. Unlike other media, it is a forgiving medium that can be reworked often and at anytime with the addition of heat. 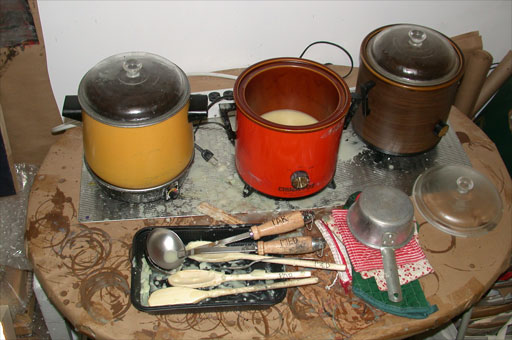 Beeswax (purchased from SueBee Honey in Sioux City, IA) and crystals of resin of the Asian fir tree are heated and mixed, using crock pots. When heated, the wax is clear. 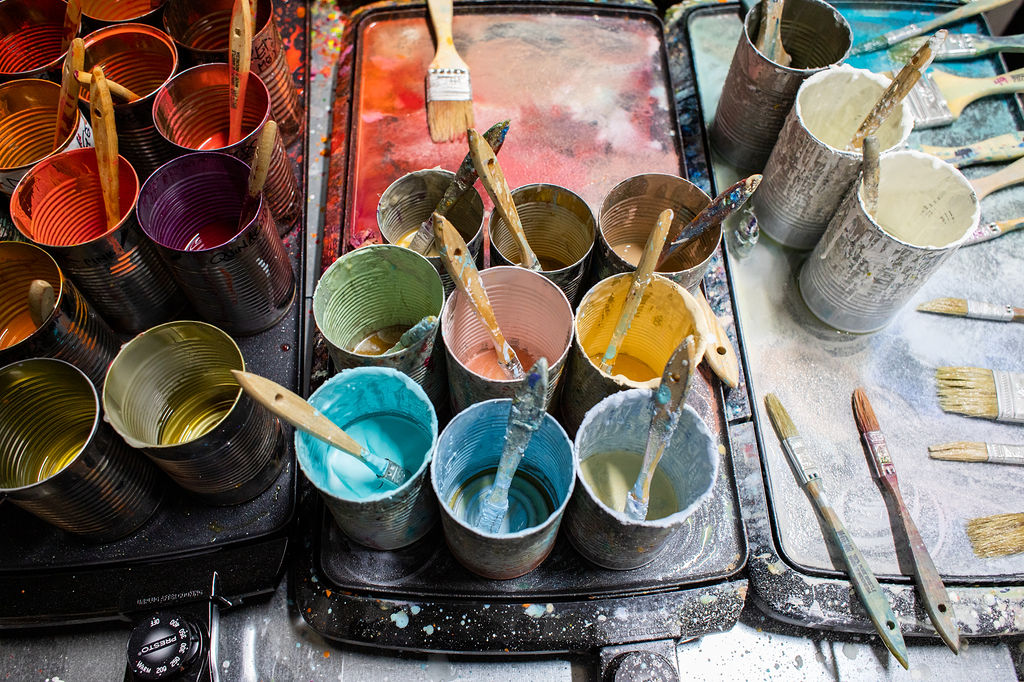 Clear, liquid wax mixture is poured into metal cans and oil paint is added, creating the various colors. The wax based paint is kept liquified by heating on electric griddles. 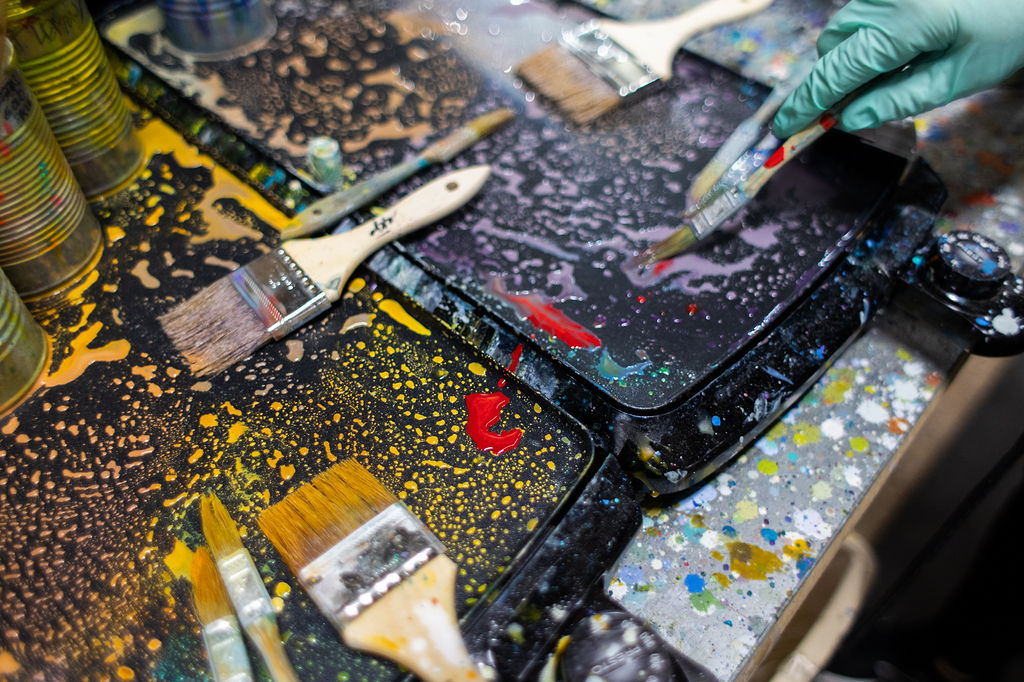 Colors are mixed on the warm griddle, and then applied to the painting with paint brushes. 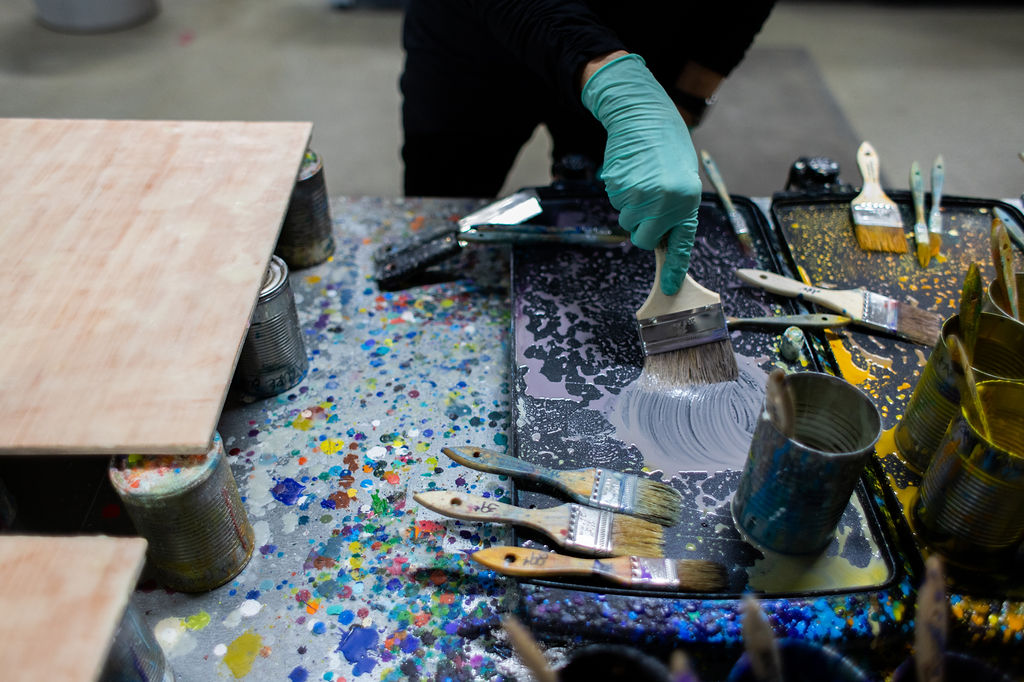 "Wetting" the paintbrush with encaustic before applying to a new panel which has already been sealed with wax medium. 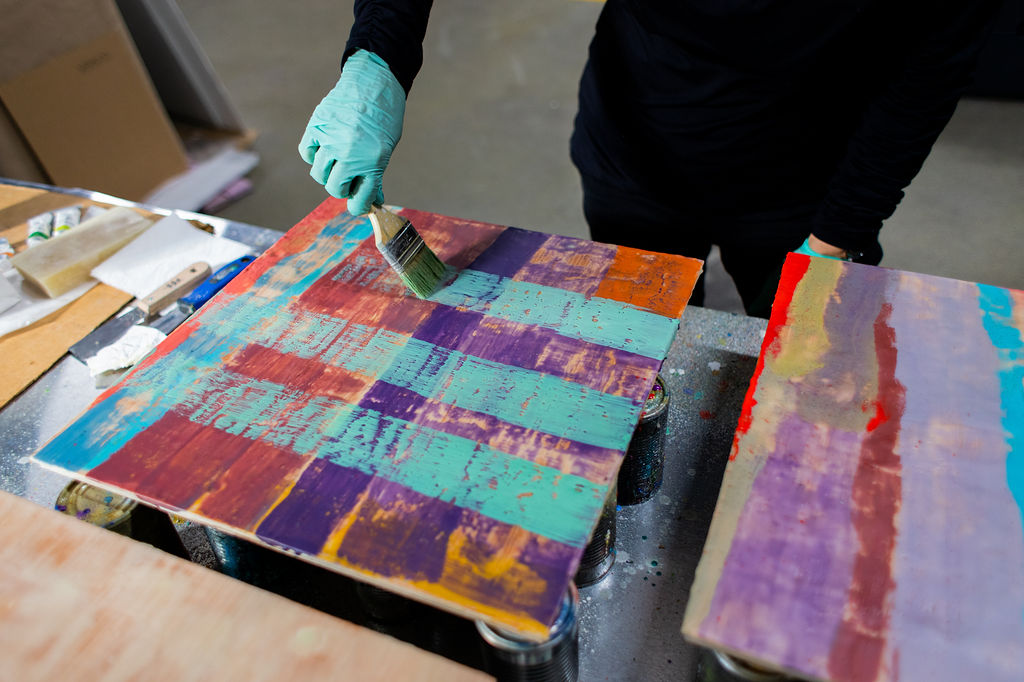 The wax paint cools and hardens immediately after being applied to the art-in-progress. 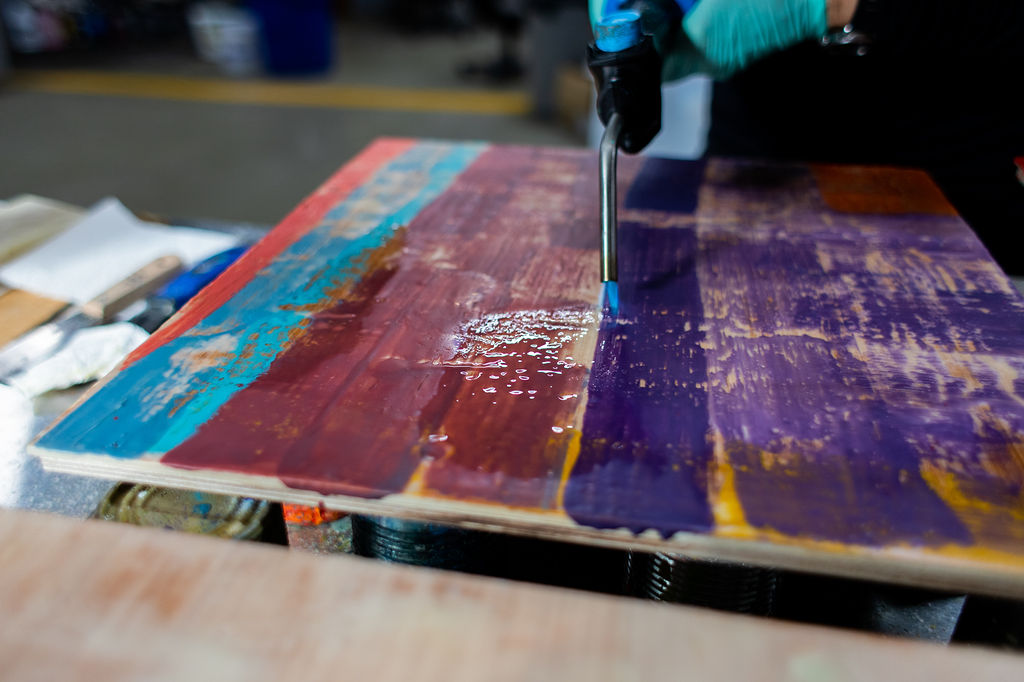 Each layer has to be fused to the layer below by heating the wax with a propane torch or other heat method. 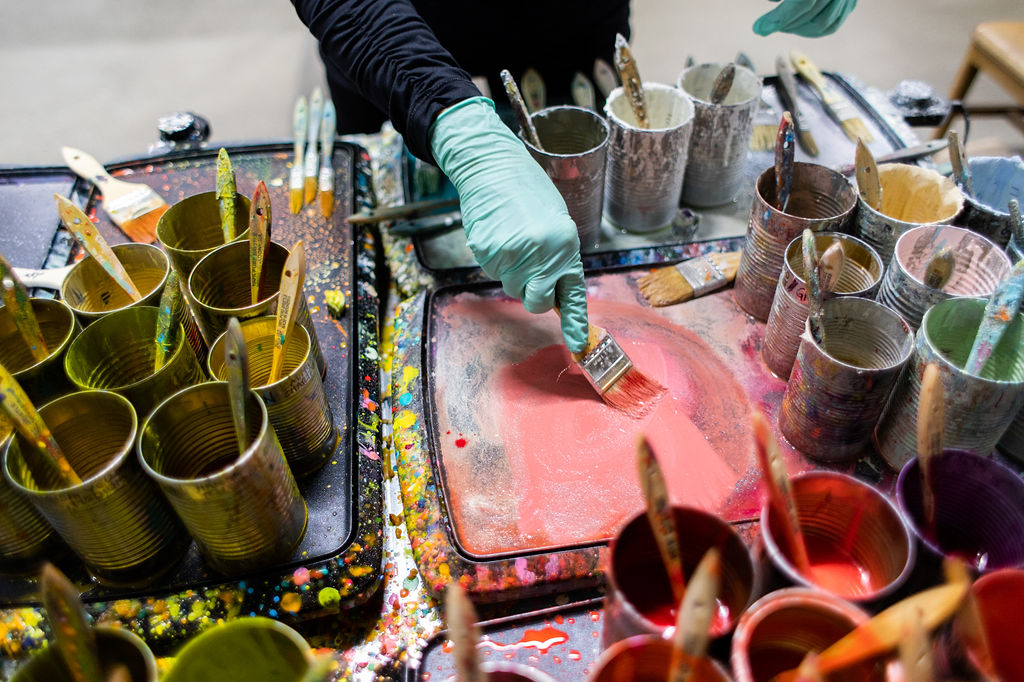 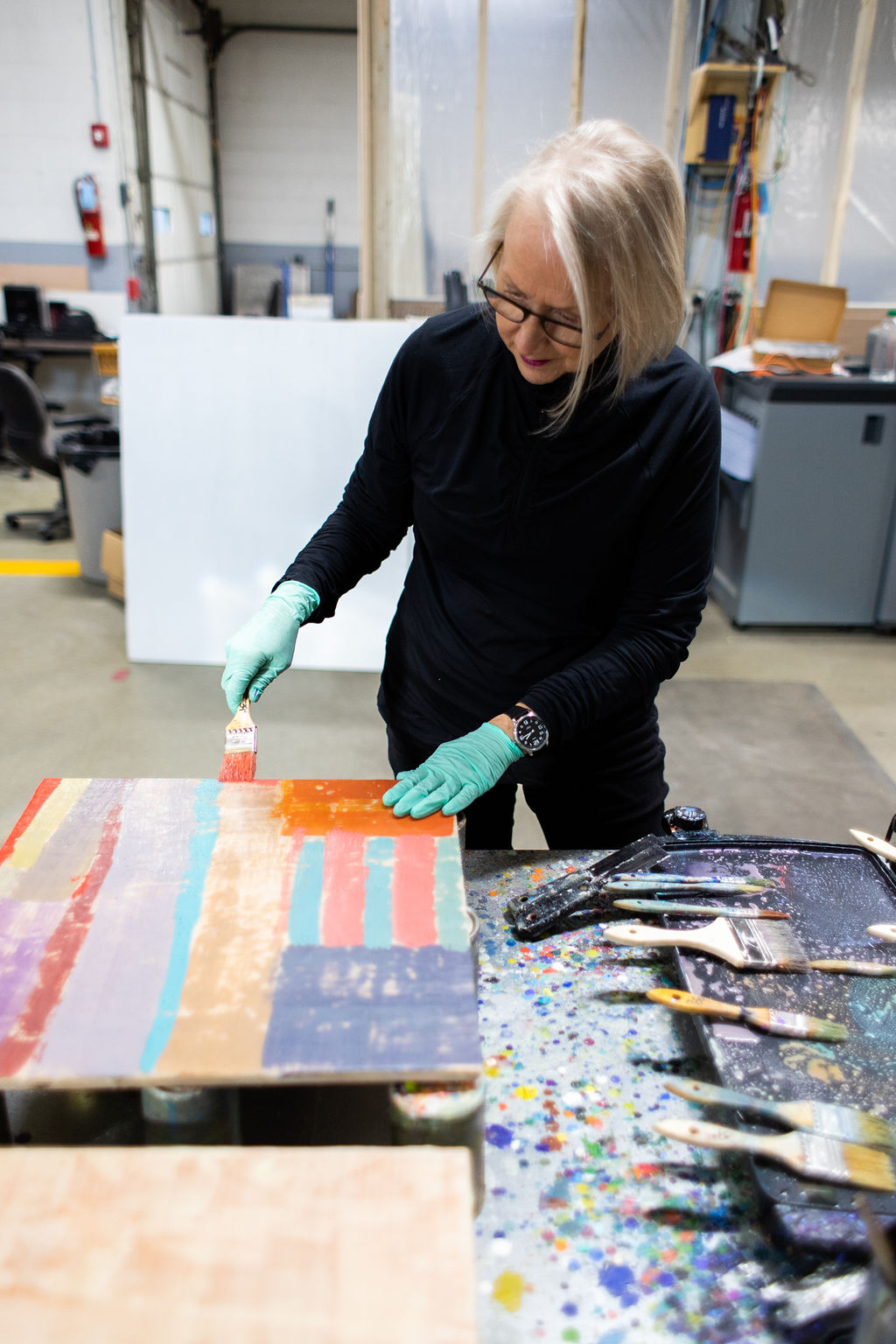 Applying yet another layer. 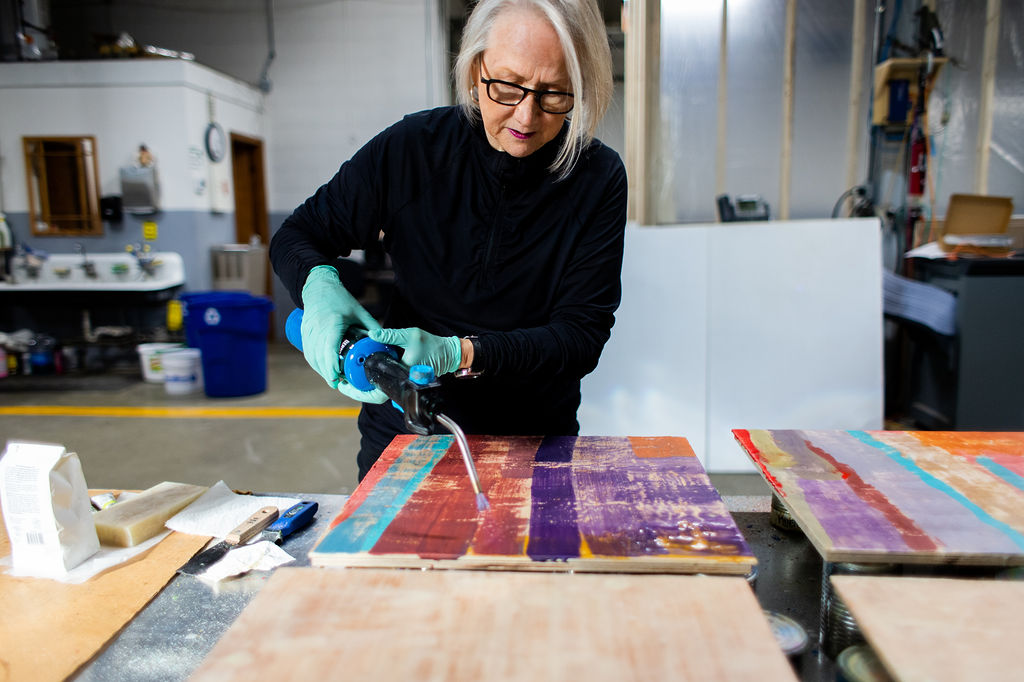 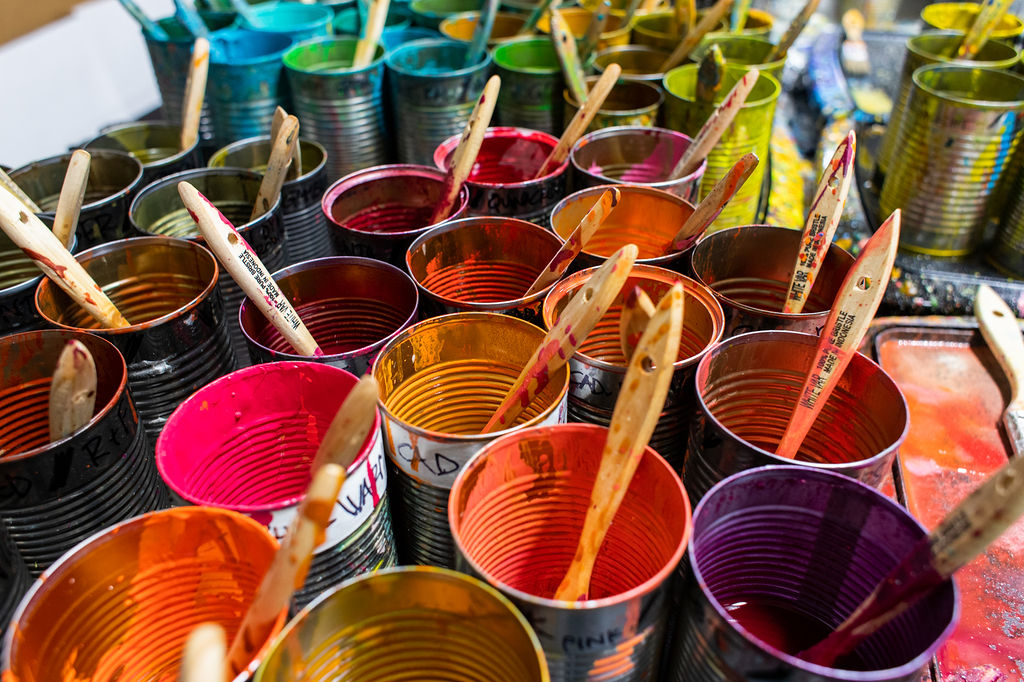 This round is over. 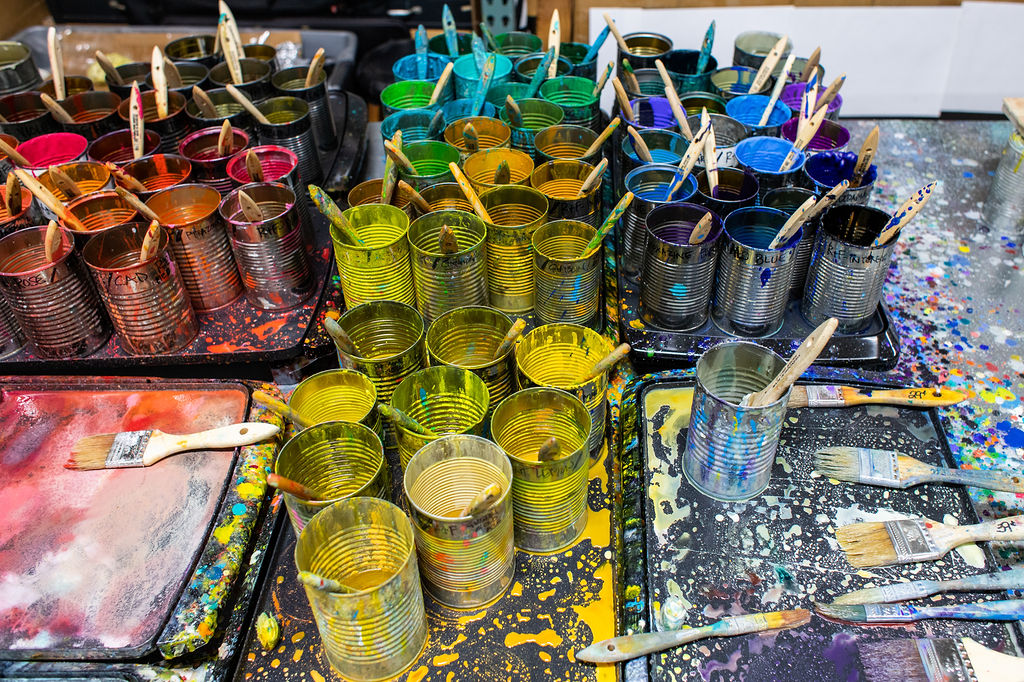